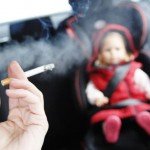 Update: This law has now been passed in the UK and has been in effect since October 1st, 2015.

In the British parliament on June 22nd, 2011, there was a debate about a new law to ban smoking in cars where children are present. Sean Gabb is the director of an educational charity called “The Libertarian Alliance”. As director, he was invited by BBC radio to give his comments. In his comments, he gives the reasons why he thinks smoking should not be banned in cars. It is important to understand that Sean Gabb himself does not smoke and does not think smoking is a healthy habit. It is not because he wants to be able to smoke in his car, therefore, that he is against this bill.

He gives three reasons for being against it:

Your email address is not made public. Thank you for visiting.

My other blogs: Searching for Accurate Maps

A summary of the facts so far (with my comments)

What I’m Reading These Days

The Professor
by Charlotte Brontë

A Throne of Bones
by Vox Day
Surprisingly good. Can’t wait to read the sequel. The story has a great number of characters, multiple storylines and several philosophical dialogues on the morality of war, the value of honor, how to choose a spouse, etc. Many character...

The Diamond Age: Or, A Young Lady's Illustrated Primer
by Neal Stephenson
Amazing story containing several parallel stories and many sub-stories within those; e.g. the main character does various things but also spends much tome reading an interactive book which tells stories wherein she and her dolls are the ...

Man of Montmatre; a novel based on the life of Maurice Utrillo
by Steven Longstreet, Ethel Longstreet
Remarkable. Puts you firmly in the Paris of the beginning of the 20th century. I didn’t think i was going to like this: a mummy’s boy who can’t paint unless he drinks, and is in and out of mental homes? Charming! But Utrillo is an admira...

We use cookies to ensure that we give you the best experience on our website. If you continue to use this site we will assume that you are happy with it.OkNo
Revoke cookies